Hashrate is the amount of hashes computed per second by your mining hardware.

The nominal hashrate of 1 Th/s means that your device is capable of computing 1 trillion hashes per second — regardless of whether they match any extra criteria such as meeting a specified difficulty target. 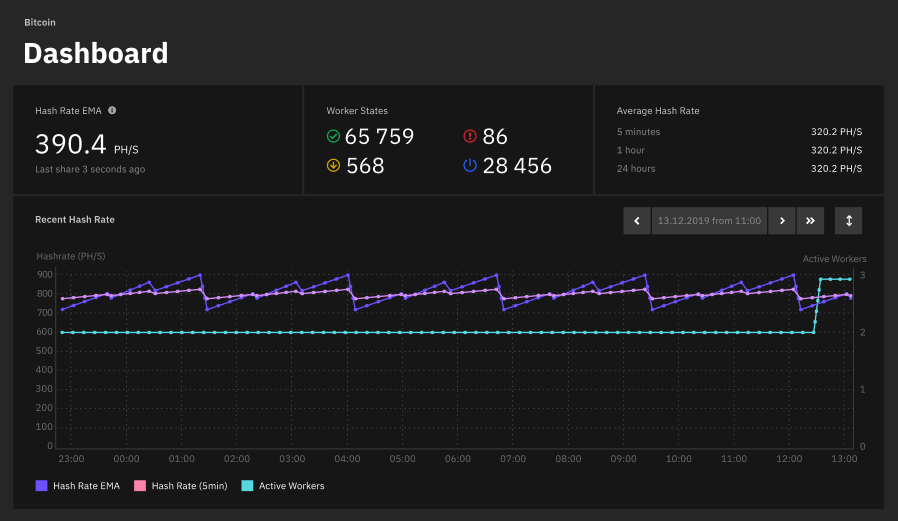 The effective hashrate (shown in the chart above) is calculated based on the hashes submitted by your devices to our pool. Only a small portion of generated hashes by your devices get sent, as they must fit certain criteria assigned by the pool (see: Shares).

Occasionally, you can be more lucky and find more valid hashes than usual. That is what gives you a slightly higher effective hashrate compared to nominal hashrate. 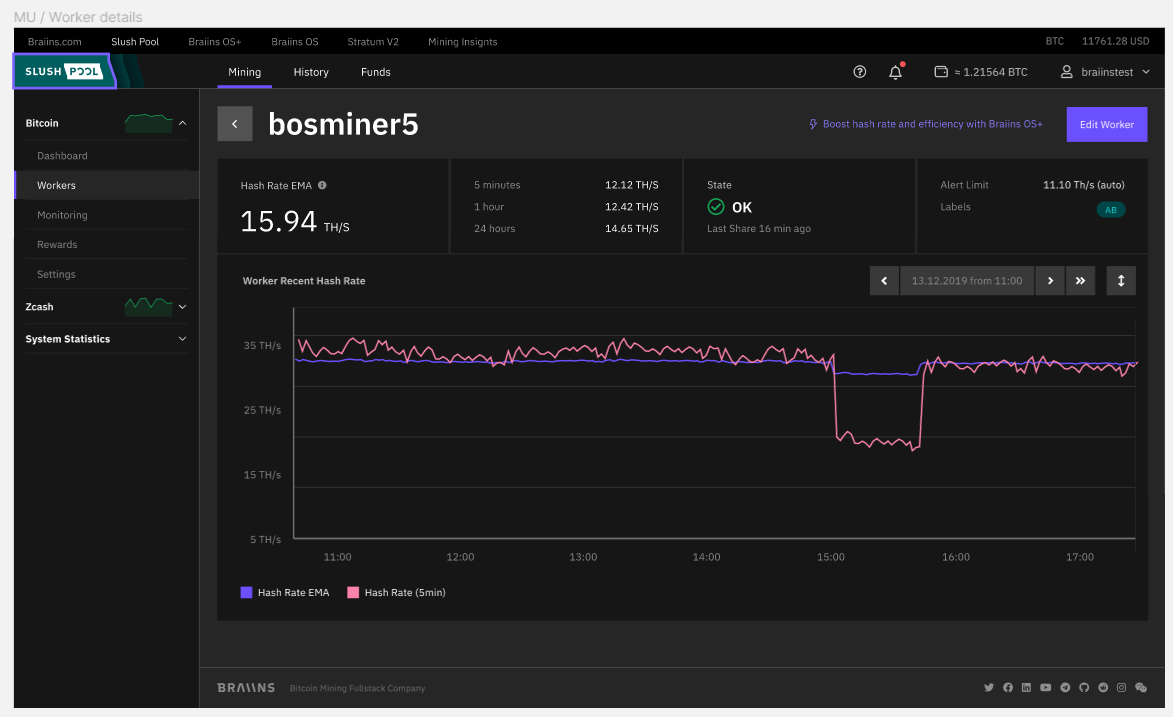